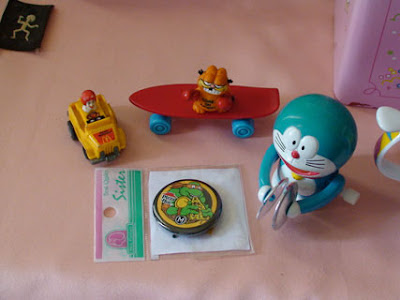 Items on pink satin: clockwise from left: Ronald McDonald toy car circa 1985 - this has a release function that entranced me then and still impresses me now, Garfield with boxing gloves on a skateboard with Adios Mi Amigos on its stomach, wind-up Doraemon which claps cymbals, Michelangelo Pizza Hut badge. 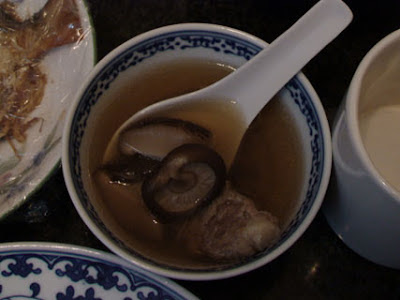 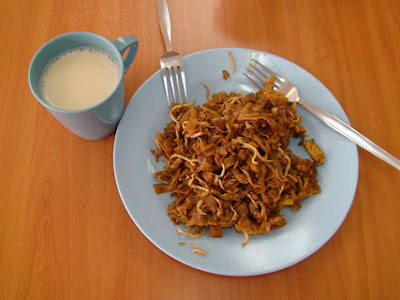 Breakfast at Penang Adventist Hospital Cafetaria: Vegetarian Char Koay Teow and Fresh Soya Milk. Mag recommended this because unlike most vege versions served in vegetarian restaurants, this one contained garlic and egg. Because it is fried in bulk, I'd advise going as early as possible for freshness and availability. RM$2.50 per serving. 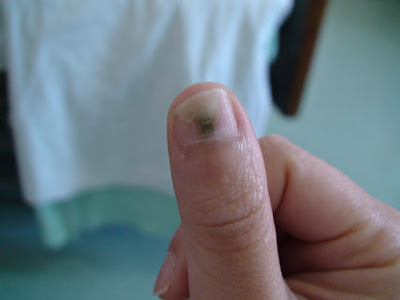 The last photo ever taken of my fungus-troubled nail, now extracted to uncover a fungus-plagued nail bed. Scrumptious. I shan't elaborate any further on a food blog. Currently in recovery.