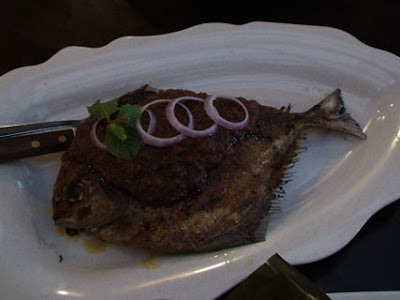 I think the fish is a bit pissed off. Rightly so, I guess. The glare is justified. I just want you to know, for all the misfortune you suffered, and it might be little comfort to you fair enough, you were hot property that night. Some of us got nervous we weren't going to get none of you. We got competitive, fish, it wasn't right, but you looked too good to miss out on. Some of us got territorial, some of us scrambled for slithers, and now I see you were glaring at our shamelessness, our betrayals, selfishness over some delicious fish. What are we to do with ourselves without judgemental animals? 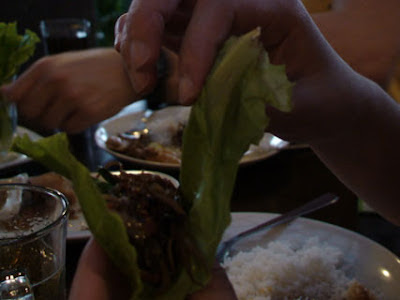 A better choice might have been the poorly-focused joo hoo char wrapped in a lettuce leaf, with a small heap of sambal. 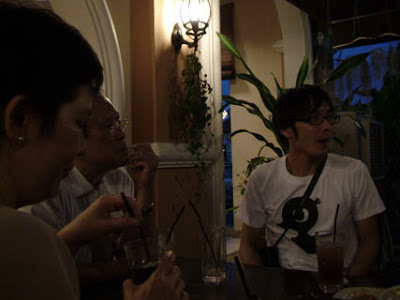 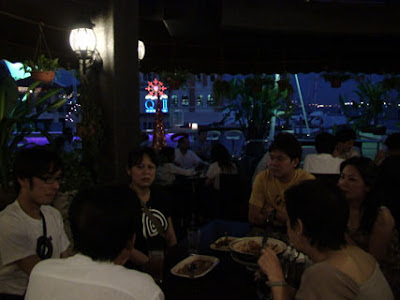 We demolished the meal - which included the not-pictured curry kapitan and vegetables in less than 30 minutes. If you felt that the photos for this particular outing were quite awful, this was not coincidental, rather consequential - actually that doesn't make sense. But the rapid speed at which we ate, which Ma attributed to the fact that Papa & Min were both starving because of minimal vegetarian lunches, hence intensified the urgency with which the food had to be eaten - this, in turn, made us all needlessly competitive, which, in turn, meant very little time for photographs. Min and I later revealed to each other that we were fearful we were not going to get any fish which was a good arms' length away from us most of the meal, Mama was similarly disadvantaged with the joo hoo char placed at the other end of the table (I saw her eye this anxiously from time to time). Of course, we could have easily avoided all of this if we had sat at a round table with a Lazy Susan - without equal access, communal eating=competitive eating. We suffer, the food suffers, the documentation suffers. And the fish hates us. 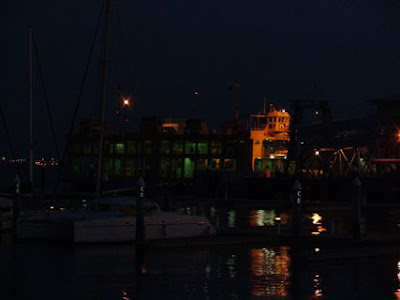 Hainan Town is located next to that other hotspot, La Jette. For Aucklanders who've been to Sri Pinang, K'Road, the encased model of a ferry by the window/near the cashier is based on this. Tres nostalgic -this is how we used to travel to Penang age 0 - 7 when we lived across the shore in Chai Leng Park.