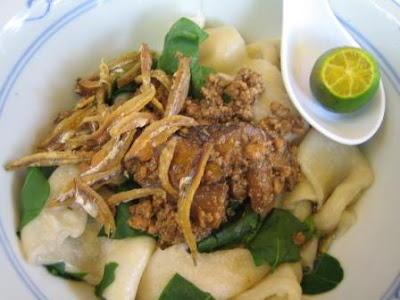 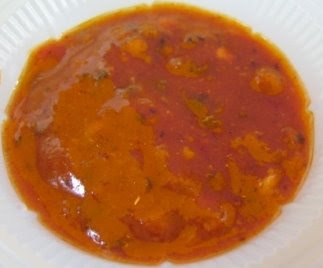 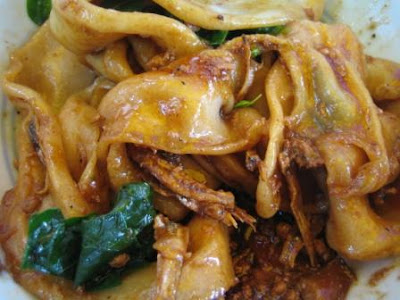 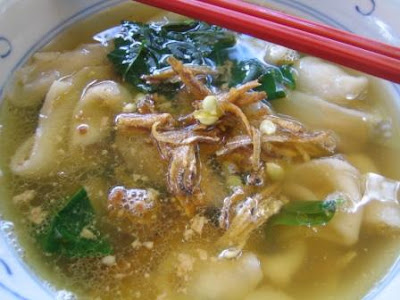 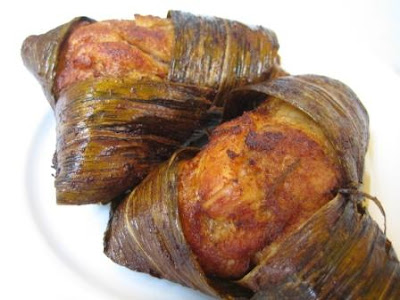 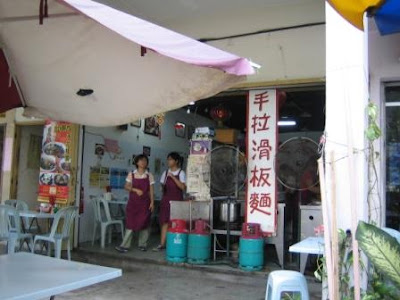 The unassuming, blink-and-you'll-miss shopfront, located next to an old-school hairdressing salon drying a pile of freshly-laundred Good Morning towels outside.
I found myself wishing for the pan mee the next meal, and the one after that. Won't be long before I head back there for a fix!
Posted by minchow at 7:36 AM 16 comments:

While I remain neutral about furnishing and fittings found at IKEA, I've more good things than bad to say about the food there. It's cheap, it's often tasty and I especially like how its layout gently enforces basic civil behaviour amongst the notoriously impatient and boorish hungry Malaysian. During this particular visit, despite the crowd, we didn't see a single queue jumper. Everyone waited their turn obediently, even at the drinks counter which didn't have queue ropes to hold in line any deviants to the order of the day. Maybe there's hope for the country after all! 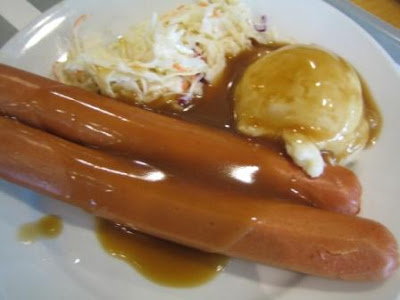 I had the Manager's Special of the day - Chicken bangers served with mash, coleslaw and doused with plenty of gravy. I enjoyed it in the beginning but the processed meat got a bit much one-third into my second. 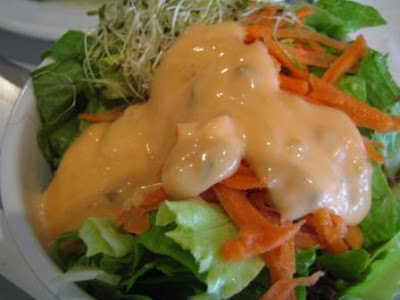 We shared a garden salad. I have to say for RM4.90 it's a steal in these quarters, where we are expected to fork out the price of a main course for some fresh salad in other dining establishments. I am not a huge fan of thousand island dressing but I was just too happy to be consuming moderately-priced greens! 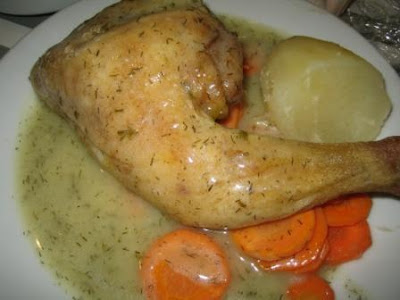 Fat Tulip had the chicken leg with lemon and chives sauce, served with sides of carrots and potatoes. He loved it and it was fine for what it was, but I'm not sure I'd necessarily order it again. It was with this dish that I started to see a semblance to canteen food, which was essentially what IKEA's cafe's all about, I suppose. 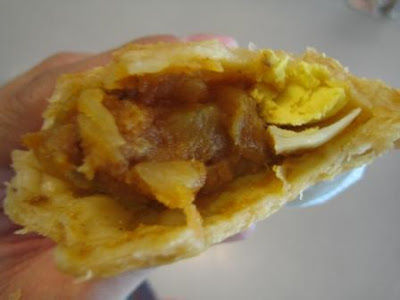 And finally, the toast of the town, IKEA's curry puff from the kiosk after the checkouts. This is dead gorgeous - small enough to finish in three quick bites but still packing a whole lotta flavour, plus a quarter of a hard boiled egg! A true sight for sore eyes, egg nestled in between the curry potato filling, don't you agree? At RM1 a pop, it's the perfect snack to reward yourself for having made out of IKEA without overspending, or otherwise!
Posted by minchow at 10:25 PM 10 comments:

I'd been deadly curious for a while about the row of solid-looking eating establishments located opposite the Brickfields police station along Jalan Tun Sambanthan. They looked like they didn't need to shout much or invest in any form of interior decorating to get the patrons coming in. So what was it that they kept coming back for, I wondered?

We ambled one night into one of the outlets open one fine weekday evening, Medan Selera Ah Goh. I read on various news clippings posted on the wall and learnt that the restaurant's been in business at that same spot since 1943. It's been serving up a reliable menu of Chinese dishes to repeat patrons spanning a couple of generations. 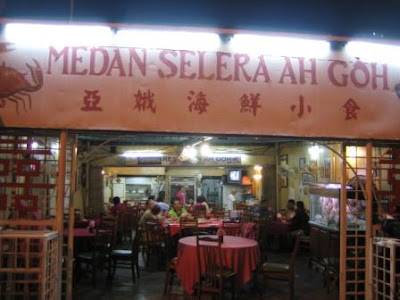 No frills - save for the tablecloth surprise!

We were all but two empty stomachs, so we kept our orders brief - a plate of baby kai lan in oyster sauce, the house special assam fried fish and the much touted otak otak. 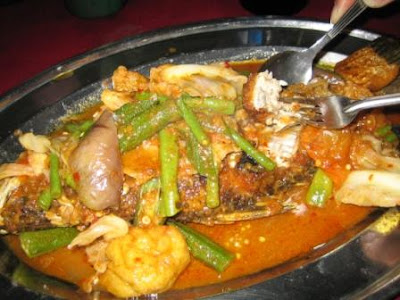 The orders took some time coming but when the fish was set in front of us, we knew we were in for a jolly good time! The fresh siakap or sea bass was fried to golden, crisp perfection, covered with an assam vegetable curry, sour and spicy. Seriously satisfying. 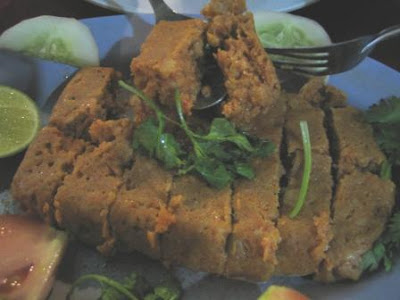 The final dish took some time to materialise in front of us, heightening further our anticipation. And when it did, we were somewhat disappointed. There was nothing wrong with the otak-otak, mind you, it simply wasn't in the same league of the champion assam fish. The texture was a bit blah, and the flavours were just about perfunctory, even with the all-purpose enhancer wedge of lime.

The bill for two came up to RM66.60 - not exactly the cheapest meal to be had in the neighbourhood but that was some fish! I was won over end of the day and look forward to returning. Their oyster omelette looked unmissable!
Posted by minchow at 6:19 PM 3 comments:

I'm eating my way through Mid Valley and its surrounds. Work in its second month is keeping me fairly busy so good thing there's still plenty of eating places keeping me busy in that department.

One recent evening, I raced to meet a bunch of ex-colleagues at Siew Fong Lye at the Gardens for dinner. I'd read plenty about it and had seen the healthy queue outside so I didn't object to trying it out.

I wasn't in time to get pictures of what the others were having but I ordered the Fresh Tomato & Egg with fish set of which I had read plenty of ravings. 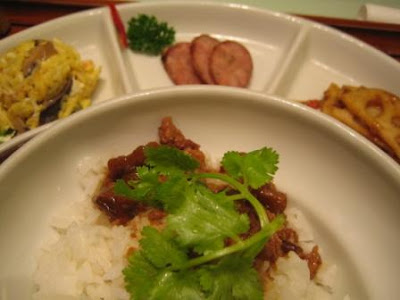 It came with plain white rice topped with minced pork meat and three mini side dishes - some type of omelette, a few slices of Taiwanese sausage and braised lotus root slices. 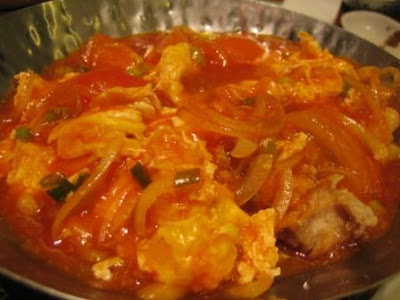 The main feature - fresh tomato and egg in a juicy stew, over fried fish fillets. Yummy! I'd have been happy to flip both thumbs up, had it not been for the steep pricing (over RM20 for the set) and the outlet not accepting other terms of trade except cash (even if our bill totalled over RM200)!

On another occasion, we visited our old favourite Little Vietnam over at the main mall, on the cinema floor. The outlet has always been deemed dependable for a good substantial feed at a reasonable price and a good serving of gossip with the old working crew, and it didn't disappoint this time. 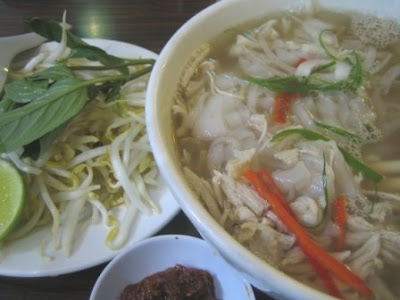 I had the plain hue with sliced chicken (RM8) - very filling and tasty enough. 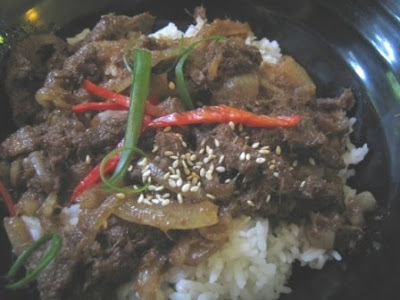 Two others ordered the lemongrass beef on rice. No complaints there... 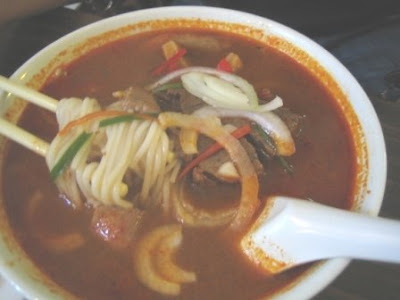 ...and my third dining companion ordered the spicy beef hue. Look at that pretty, fiery colour!

Lunch for 4, with endless flow of refreshing tea, came up to about RM57, which was fair by Mid Valley standards and guarantees a return visit.
Posted by minchow at 8:18 PM 4 comments:

Merdeka weekend was an awesome eat-and-drink fest in Penang, punctuated by good company of friends and family. Most of what was consumed was homemade, even if I managed to down two plates of the requisite char koay teow in between. 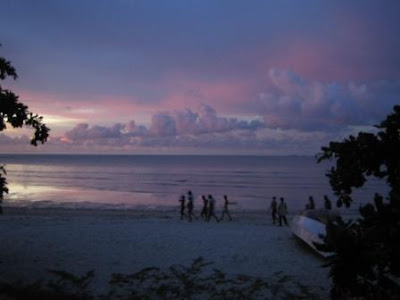 The setting for dinner

We celebrated the eve of Merdeka by the beach, an open-air pot luck of sorts. The weather was kind to us and rain held out until we had polished off the food and a good measure of alcohol. 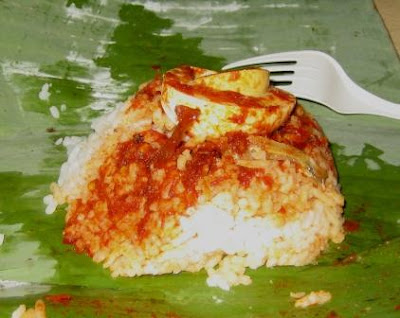 How more Malaysian can you get than banana-leaf wrapped nasi lemak? 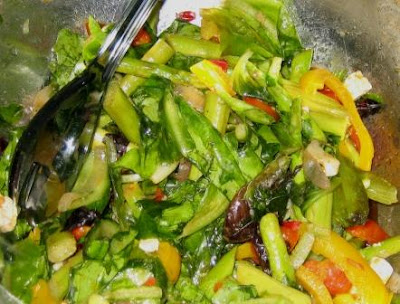 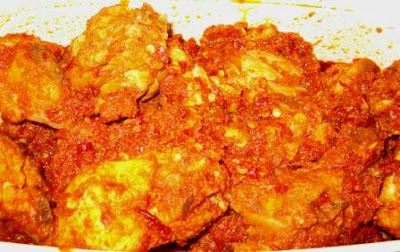 Ayam cili garam went down superbly with the nasi lemak 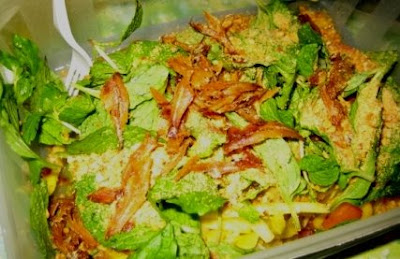 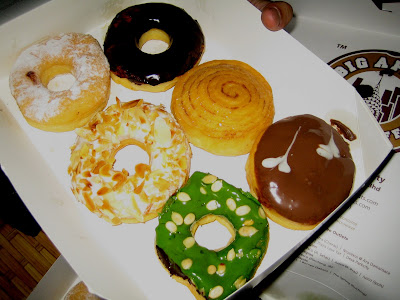 Big Apple donuts travelled back to Penang for Merdeka too! 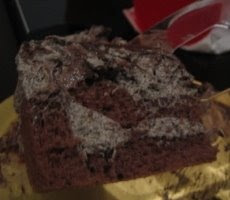 And to top it all off, Hui's birthday cake was the gorgeous Oreo concoction from Ritz bakery in Prima Tanjung. You'd think cake was the last thing we wanted after wine, beer, tuak and vodka but this was so good we licked the cake stand clean!