It was late and we were hungry, in need of a quick, fuss-free fix so off we went to Chinese Recreation Club (CRC) off Burma Road. The cafe overlooking the field provides reprieve from the heat and it serves up cheap, simple local fare.

I was recommended the CRC Chicken Chop by Fat Tulip. At RM9 a pop, I didn't think it was terribly cheap but it was a good-sized, hearty feed. 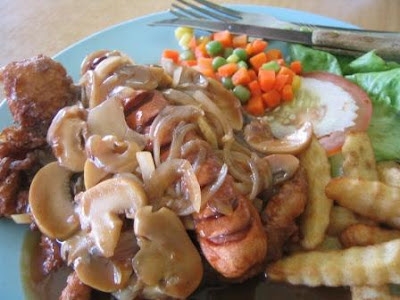 It was a nice change to have brown gravy instead of the usual tomato-based gravy favoured elsewhere. Ooh and they threw in a sausage! Who says no to a sausage? 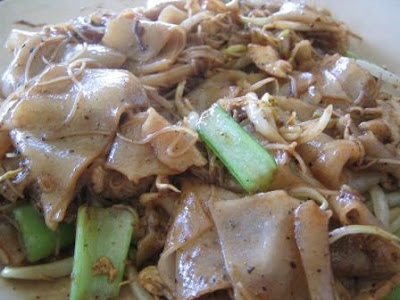 Fat Tulip ordered the Black Pepper Hor Fun which sounded and looked utterly boring. Poor Fat Tulip! I gave him some sausage and onions from my chicken chop, which made him a happy boy. 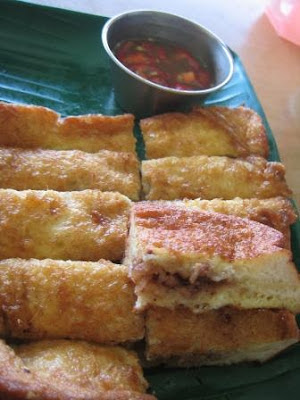 We also ordered the Roti Ayam. It was good roti, and the filling was tasty enough but I tasted no ayam. Where the ayam?

Never CRC has such food...

Its not cheap but the serving is definitely enough for a big eater.

been following and reading your blog. but when i read through the older posts, just wanna say, you have a very weird food taste; what we call good , you usually call it bad. A bit too harsh reading your comments. I don't think you are a good food blogger. Give some respect to all these restaurant and cafe!!! Imagine one day, you own your own shop. This is what I think of you.