Wang Zhao Jun is a bit of an institution in Penang and one of which I have managed to remain clumsily ignorant up until now. This is my second visit there, Fat Tulip and a curious Papa Chow in tow.
We arrived no later than 12.15pm and already, the place was packed to the brim, with tables spilling out over to the premises' neighbours. 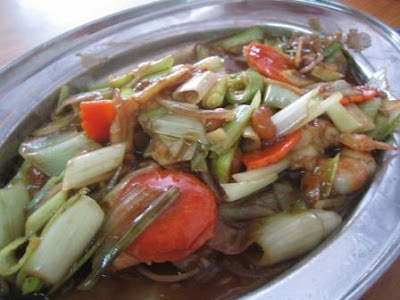 Stir fried leek with shrimps. They had run out of tau kua, which usually makes up one of their signature dishes. Again, I stress my dislike for leek but Papa Chow was rejoicing. 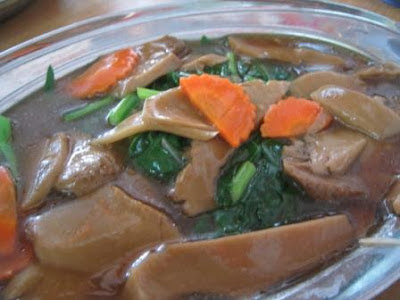 Stir-fried kai lan with abalone mushrooms. We ordered this in an attempt to add some greens to our meal but it came swimming with more mushrooms than kai lan. Oh well. 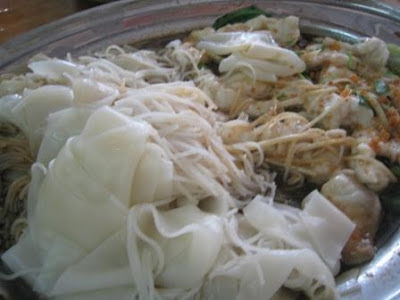 Steamed horfun and beehoon with fish. It kinda sounded like patient food to me. But the fat oodles of hor fun, mixed in with the simple garlicky soy dressing and steamed fish garnished with token greens and lots of ginger would do the trick on any hale and hearty day. We ordered too much though for the three of us, so had to leave a mound of hor fun unfinished at the end.

I too love the clear white tomyam beehoon... very appetising and I usually ordered the tua kua fried with suan na.

Yes, love the clear soup! It was a shame they ran out of tau kua though so we had to make do with just the prawns. Apparently they do a mean fried tofu dish as well!

I have not visited this place, but heard a lot of good reviews from others. Will try some day.