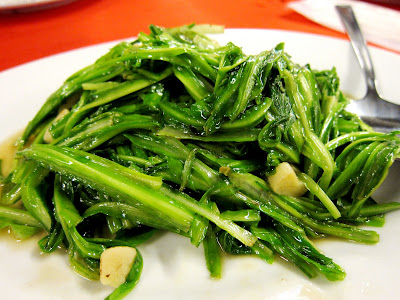 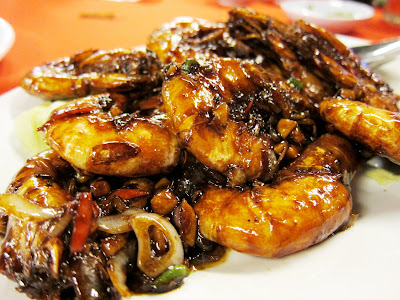 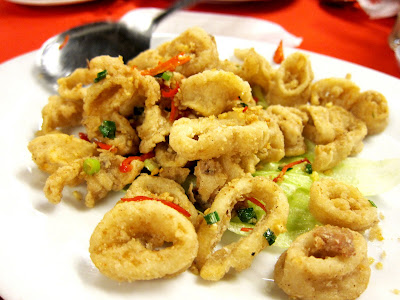 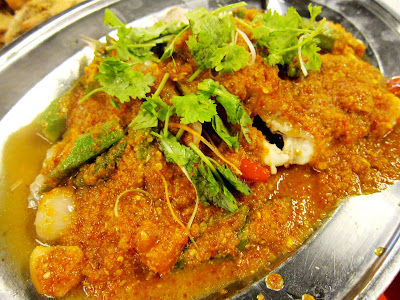 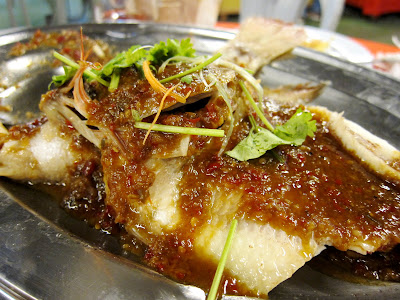 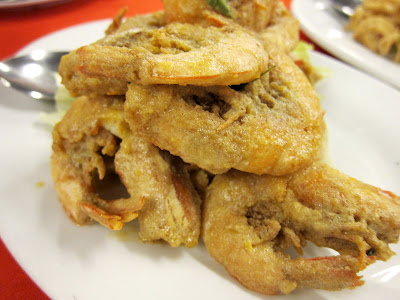 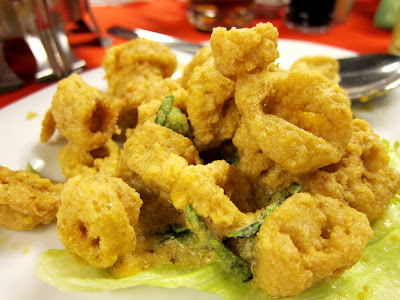 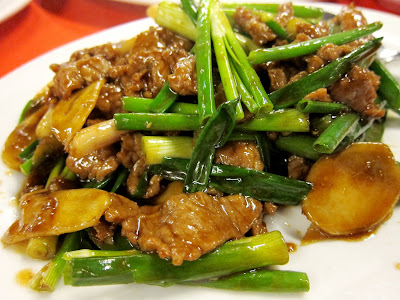 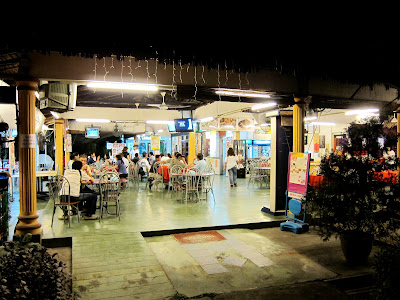 this entry really hit home for me ... 'cos i've been living barely 500 meters down the road for the last EIGHT years, and i drive past this restaurant's entrance at least three times a week ... but i've never managed to discover what hid behind its signboard! trust an outsider to brazenly waltz in and unlock its secrets for us (and try to steal our yummy crabs away from us too! hmmmph!) heheh :D

I think I've seen this place before and never could imagine such beautiful food are dished out.

LOL at Sean, usually ppl hardly bother to eat near their home :p

A regular spot for my extended family for pork-free Chinese food...

However, the quality of the food has slightly declined compared to the other eateries in Sri Petaling nowadays :)

Sean, the signboard doesn't look particularly extraordinary, I have to say. And the moniker "Seafood Village" in a KL suburb definitely sends alarm bells ringing the other way!

Babe KL, I wouldn't mind a random Village Seafood down the road where I live! Running out of local hits to keep things interesting in the neighbourhood!

Ciki, an overwhelming taste of mud, that is. Blekkkkkk!

Ulric, thanks for reading! :-) Sri Petaling is a bit of a novelty for me, having not ventured into this neck of the woods before. Just realised there's a lot to eat around here!

Ahhh... i had seafood overload last weekend too! Yours were really cholesterol double-whammies, what with the salted eggyolks and all! :P

Joe, I went crazy on Google trying to find out what the proper name of this fish was and gave up!! Does it even have an English name? :-P

Pure Glutton, I suspect my cholesterol levels aren't looking too hot after all that salted egg. I swear I saw a cholesterol deposit growing above my left eye this morning! Eeps!

LOL LOL LOL.
Maybe the poor fishy was putting on a mud mask when it was, unfortunately(?), dished up?

RM350 for the 7 of you sounds pretty expensive considering that the fish you took is Tilapia (I presumed?).

oh gross! I hate the taste of mud in mah feesh!

Seafood is consumed all over the world; it provides the world's prime source of high-quality protein: 14–16% of the animal protein consumed world-wide; over one billion people rely on seafood as their primary source of animal protein.Fish is among the most common food allergens.