Being back home is such a treat despite the obvious mad rush of a much too short weekend. I just can't do any wrong with food here, given the company. I could probably get by with meal replacement shakes and they'd still taste pretty damn awesome. But this is Penang and fortunately, I do not have to resort to meal replacement shakes.

My first visit to Miraku the Japanese restaurant located on the first floor of G Hotel at Gurney Drive pretty much sealed it as one of my very favourite Jap haunts. I was suitably impressed with the fine balance the lunch sets provided, a feat many a lunch set places have difficulty in pulling off - it's always either too much or too little of something. Even if it looked like we over-ordered, we walked out feeling like we've had just the right amount of quality. 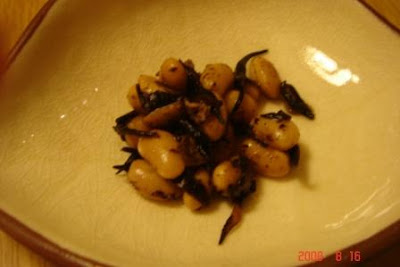 We started with individual portions of appetizer - a dish of soybeans and hijiki. 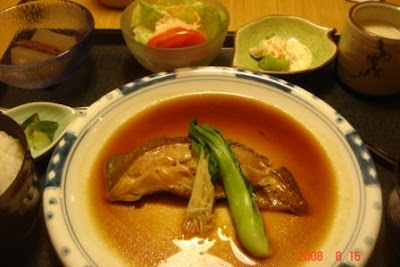 Each set came with pickles, a nondescript salad, another appetizer of sliced okra mixed in some kind of coleslaw (which gave it a natto-like consistency), miso soup, chawan mushi (very well executed), rice and dessert of red bean agar. Fat Tulip went for the Karei Nitsuke Zen (RM32), a well-marinated slice of flounder in a delicious sweetish broth. The fish was fresh and smooth, the flavours extremely delicate. 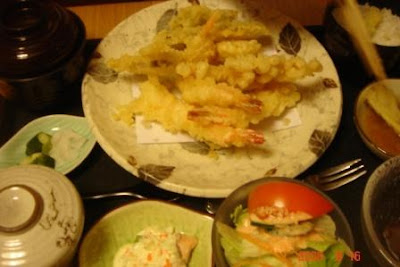 The Tempura Zen set (RM28) came with a larger than usual portion of huge tempura prawns and vegetables. 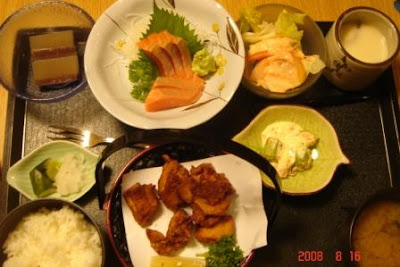 My Salmon sashimi & tori karaage (RM32) set was just right - something raw, something deep-fried. The sashimi was fresh and delightful when dunked in wasabi and soy sauce. I was a very happy girl. 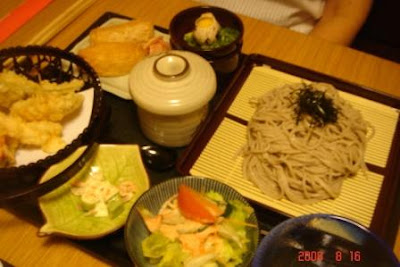 Mama Chow's Zaru soba set probably didn't fare as well as the rest. It arrived later than the rest and Mama was somewhat put off by the tsuyu noodle sauce. She felt it was fishier than usual.

We walked away from the restaurant with a pleasant feeling of general well-being and certainty that we'll be back.

Apparently, parking at G Hotel is exhorbitant so we parked at the mall next door and walked over.

pretty reasonable for a Japanese restaurant in a hotel!
G Hotel somemore ...

your set does look the most appetizing

Fuuh, nice food. There are some pretty good restaurants in G Hotel.

have to agree that prices do sound reasonable for hotel prices. and I like G hotel... so should pop by when I'm in town next.

Aik? Sejak bila you balik Pg??
Thought you were in PD for four sunny days?

j2kfm, tell me about it! Pretty posh surroundings too!

alex, I've not really tried any of the other outlets so can't vouch for them but this one is good!

CK Lam, not sure if coffee house is overpriced but yeah, for the quality, the prices not bad at Miraku

Jasmine, yes do drop by! Not really average hotel pricing!

Mellie, I thought I told you!! PD until Fri night, then back to Penang! It was a rushed last minute trip anyway, but it was great!

Do you know it's the same management as Sushi King?? Under the Texchem group.

New Kid, didn't know that! Kinda surprised, considering how Sushi King's a total no-no for me!

Penang Tua Pui, ooh do post if you do go! I am dying to see how the other dishes fare. But NOT before you complete your HK series!