We were not expecting a culinary trove in Cameron Highlands. We just wanted to be some distance up from sea level, enjoy cooler weather and poke about. We agreed to NOT indulge in steamboat, for some reason synonymous with Cameron Highlands. If we were to attribute the unanimous choice of dining around boiling heat solely to the lower temperature, why then not the more enjoyable barbie? Slapping meat over hot flames and devouring it out in the cool mountainous air is surely sexier (and tastier!) than dipping daintily into a pot of boiling water, rendering every measly portion-measured morsel tasteless. Steamboat is, and will forever remain a mystery to me.
However, we couldn't exactly go hungry either. Especially when we were preparing for some exercise on the jungle trail the following morning. 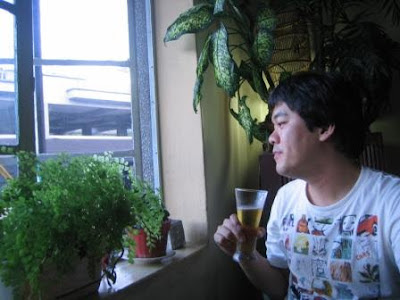 We paid a visit to the much-talked about T Cafe. We enjoyed the atmosphere very much and feasted on salads and burger (pictures too bland to be posted here). Here, Fat Tulip sips beer and looks wistfully out the window, merrily decked with plants. 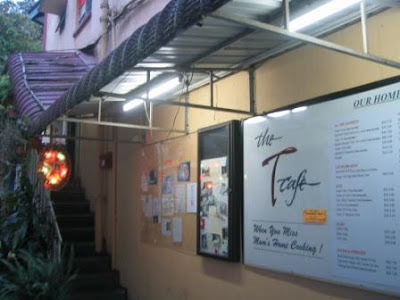 The entrance facade of the T Cafe 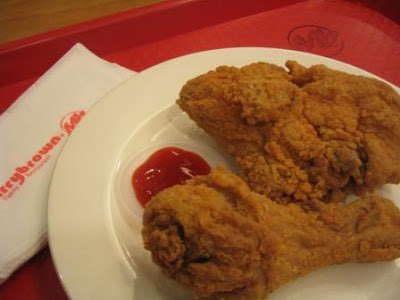 We spied Marrybrown, a local fried chicken chain downstairs from the T Cafe and could not resist later into the evening, after we've packed a few beers in. We've not tried Marrybrown before! And that made it a new dining experience! The chicken was fine, as all chicken are after a few beers. 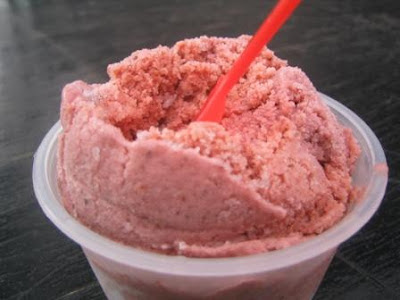 Next morning, we stopped off a farm somewhere to sample some fresh homemade strawberry ice cream. This was a really refreshing pick me up, although it was more sorbet than ice cream. No complaints whatsoever. 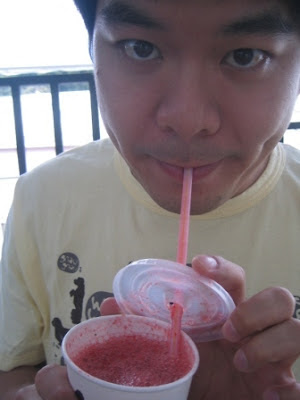 Not content with merely ice cream, Fat Tulip decided to up his strawberry quota with fresh strawberry juice. Strawberries rule.

Fat tulip should be our mascot. He so cute!

I had a bad experience during my last visit to Cameron Highlands. Stomach not feeling well and keep on vomitting. We took the steamboat, and I admit Penang's steamboat taste better. We tried the T-cafe also, but the food there is so so nia. I remember their mango juice is really blended with mangoes.

Haven't been to Cameron Highlands for many years now. Did you use the new road?

Little Inbox, missed the mango juice! I agree the food at T-cafe is somewhat overrated.

CK Lam, yup, we took the Simpang Pulai turnoff and from there, it's another smooth 1 hour drive to Tanah Rata. It's a pretty little getaway but I wouldn't be in a hurry to go back there any time soon.