I've never been very good with the Horror genre. Not even when they were just exercises in exaggeration & theatrics around a fire. So it was unfortunate that my first visit to Bianco happened to be the evening when both my cheerful companions decided to share some "real-life" horror stories, one of which involved an other-worldly inhabitant in a unit in the Tropics itself, right above where the restaurant was snugly located. GULP. 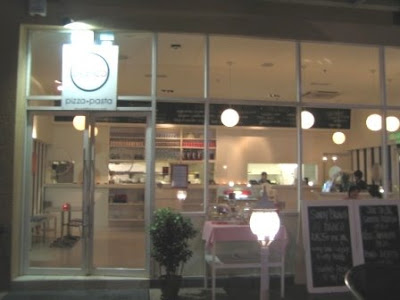 Thankfully, the food, ambience and service were delightful enough to distract me (but just barely) from the night ahead, when all these stories will come back to taunt me and my faint-hearted sleep. 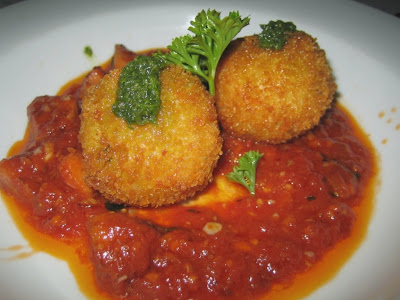 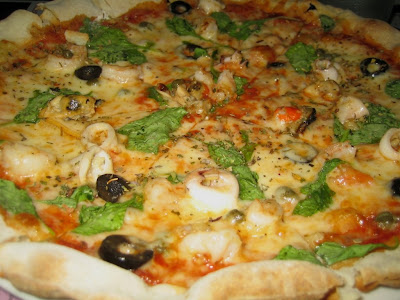 We decide to split two pizzas - Marinara & Gambretto. We were told the crust would be very thin and crispy, so they would work out to be nice portions for the three of us. 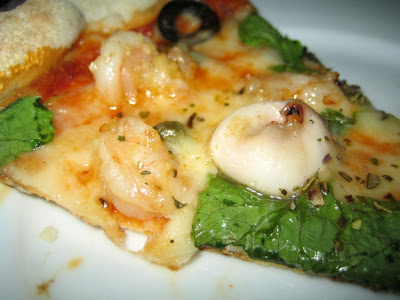 The marinara arrived with plenty of sumptuos offerings from the ocean. The ocean, where vicious sharks and underwater ghouls live. 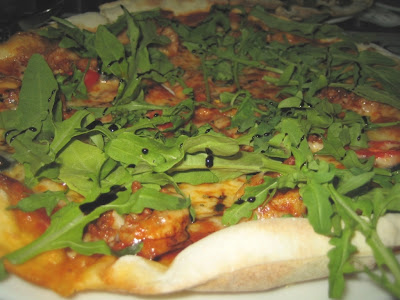 We went with the waitress' suggestion to top up our Gambretto with rocket and it came with sparse dashing of balsamic vinegar, which provided a wicked contrast to the sweetness of the chilli prawn & olive topping. 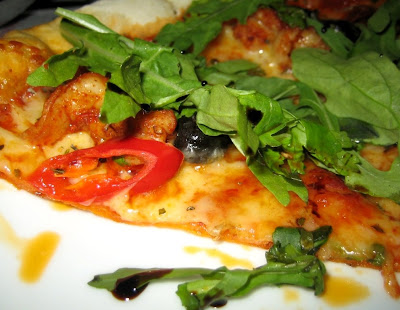 I liked the crust, but I thought it was missing that hint of smoke. Still overall a good pizza meal, the unsettling story-telling notwithstanding. 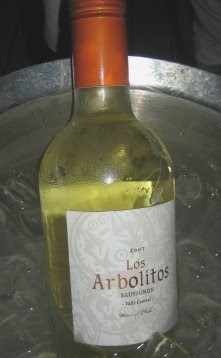 House White Chilean. Wish there'd been a wine list to speak of but we didn't see one. This was OK enough for us to open two bottles, but more so from the lack of choice than anything else.

The meal came up to a mere RM216 for the 3 of us; we thought it was well value for money.

Bianco's also offering an all-you-can-eat Sunday brunch for a stunning RM25++ per pax, on the last Sunday of each month from 12PM to 5PM. The menu looks promising, pizzas, pastas & antipasti galore. Going to try come back here for that - perhaps the best part is that it would be in broad daylight, and I wouldn't have to worry about battling the nocturnal heebies-jeebies after!
Posted by minchow at 9:30 AM

think happy thots! red and lustful, like tyra banks' lips, for example.
tropics does seem a bit spooky at night though. best to gird yourself with alcohol before venturing back to the car park after all the shops have closed...
(deleted earlier comment cos of embarrassing typo)

The marinara pizza looks yummy! Next time u can relate the ghost stories to us, no?

i lurve the horror genre! nothing like a good fright before a good bite! bianco sounds like a shelter away from the horror stories, complete with good food to warm the frightened. hehe...25 is the magic word. great price for a buffet lunch!

love the horrific references in the food. Yeah, I was eyeing Bianco's brunch too as it looked like great value. Just have to make time for it since it's on that one sunday of the mth.

Haha, like the way you wrote this post. Yeah, would get really spooky and all frightened up after listening to horror story, but I somehow enjoy it. Haha!

Nice food. Looks like a good restaurant but don't really know where it is.

Where exactly is this place btw? Near the curve? =P

Sean, I parked by the road outside but there is definite a sinister air about the building, esp when we entered to use the bathroom after hours.

Pure Glutton, yes perhaps after plenty of alcohol... I simply cannot listen to OR relay horror stories, it's a genetic deficiency!

Nic, yes if they keep up their ala carte quality, 25 for a buffet spread is a right steal! Almost supernatural, hehe!

Boo, scheduling for just that narrow Sunday window is proving to be real tricky. At this point, the next 3 last Sundays are out for me :-(

Sugar Bean, trust me, it was a real trip for the nerves particularly with the story that happened just upstairs from where we were! Brrrrrr!!!

Nahri, zombies & pizzas...right up your alley yes? This is in DP, the neighbourhood next to the Mutiara Damansara, where the Curve's at.

the pizzas looks good..muz try to squeeze in for this coming 28th June..ya seem to be in DP a lot?judging frm ur postings..

Haven't had pizza in ages! Time to go Italiano again! ;)

(And hopefully my gluttony won't frighten off any other diners, haha)

Hahaha. I bet the Arancini di formaggi has never (and will never) be described like that! Very entertaining read.