Simple does it - that was the mantra agreed, when three of us gathered to spend some time together to while away a humid Saturday evening amidst brewing romance and drama. 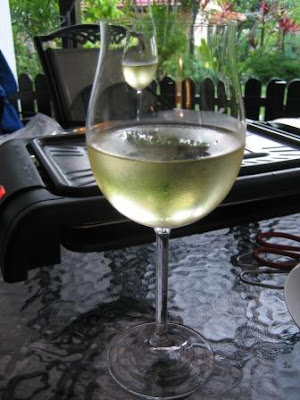 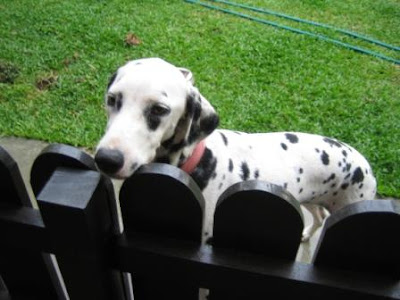 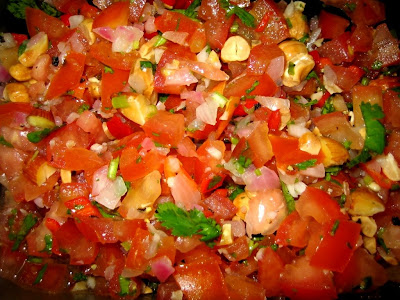 I contributed some homemade salsa to provide some semblance of balance to the meal - this one had diced tomatoes, onions, garlic, red chillies, a handful of chopped toasted cashew and almond nuts, cilantro, lemon and lime juice and macadamia oil. Well-received, thank you thank you! 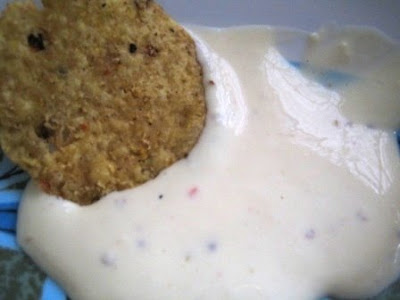 To stave off hunger pangs, we crunched on store-bought organic corn chips dipped in zesty aioli.
MS had ordered a modest selection of goodies from Painia, apparently Penang's favourite BBQ marinated meat stockist. I learned for the first time that Painia, which operates out of a residential home in Minden Heights, has been around for eons. And that one would be hard-pressed to encounter Penang folks who have not at least enjoyed some of Painia's sausages, ham, minces, burger patties, marinated BBQ meat or meatloaf growing up. Unless I'd been suffering from retrograde amnesia, it appears my childhood was not as blessed as I had been led to believe.
For those interested to find out more about Painia, feel free to contact me directly! 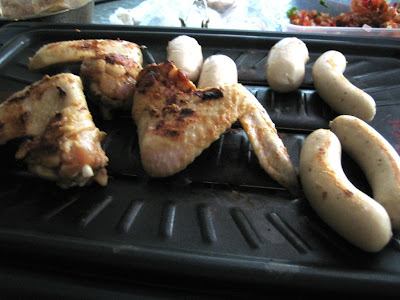 BBQ chicken wings with Painia's signature marinade and sausages galore... the absence of smoke made this a very pleasant outdoor grilling experience but took longer than usual. All the better for us to open our second and third bottles of white while waiting. 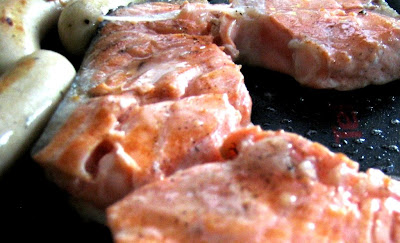 Fresh salmon steaks, grilled plain and served with plenty of lemon juice. The insides came out just seared, which rounded off this salmon encounter perfectly. 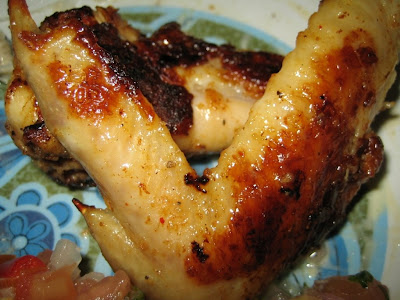 Finally, after we got into the thick of our wine buzz, the chicken wings called out to us, browned, crisp and juicy. These were simply splendid! 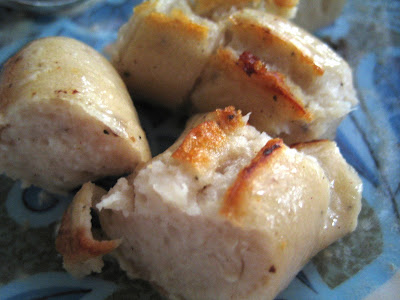 Sausage symphony! I missed out on a pix of the fat cheese-stuffed sausages which just made my evening. I only wish we hadn't started on the red wine that sent me tumbling into a semi-conscious state without having consumed more, incapacitated but gloriously happy.
At this point, other guests turned up and attacked the leftover food while those fed frolicked barefoot in the gardens, danced to Paris (please don't judge!) and finally at midnight, laid serenely supine, quite, quite still on the couch.
Simplicity, how we embrace thee!
Posted by minchow at 6:00 PM

a BBQ with frens alws a great way to chill! to think that i grew up in Pg..nvr heard of this Painin plc!

Hmm... at least there won't be any charcoal burn with that cool gadget you have there :P

Smoke-free cooking, convenient and hope food come out tasty:) Maybe I am a diehard BBQ with charcoal enthusiast.

That doesn't sound too simple err... quite bubbly uplifting we must say

eh i've never heard of painia wor!! cham loh how to call myself penangite like that!! the next time i'm having a bbq, i'm definitely calling you for painia details! lol

Sizzled and Sozzled! If I ever have a BBQ party with free-flow alcohol... I'll know what to call it! ;)

ohhh, this is definitely more than simplicity. it's absolute fun! greatttt stuff!

The Nomad Gourmand, phew! And I was starting to panic that I was the outcast! :-P

Criz, it's a pretty nifty gadget alright! I wonder how much it's retailing for. And it's super easy to clean as well.

Worldwindows, taste was superb, but I think anything would've after that long wait for the meat to cook. I don't think it can beat good ol charcoal grilling though.

BSG, isn't bubbly uplifting so simple? Pop goes the cork, and that's about it!

Lingzie, you too?? I was starting to panic that I'd been deprived all my childhood, haha! Yup, I can share the map and phone number with you in case you ever need them!