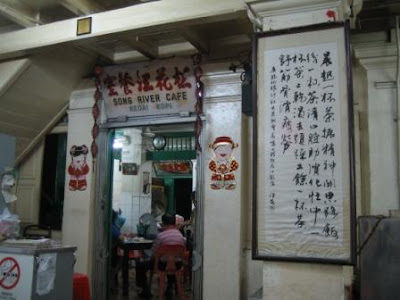 They say the grilled fish at the infamous Song River Cafe on Gurney Drive is not like any other in the world. And the guy who makes it isn't like any other grilled fish hawker either. Tread carefully with him, they say, for you never know what his erratic mood swings will throw your way. The list of don'ts when ordering from menopausal uncle is endless, but the key ones are: don't mince your words, don't hesitate at point of ordering, don't ask for something he isn't "feeling" like grilling (this can be quite tricky), don't remind him if you've been waiting long for your order unless you're ready to risk not getting it at all.

He arrives and opens his stall as and when he pleases. On this particular visit, a large group of us arrived at 9PM with great anticipation, armed with BYO wine, and contented ourselves for a long wait ahead.
While we waited, we stocked up on some other Song River goodies, which are abundant and thankfully not entirely the domain of difficult divas. 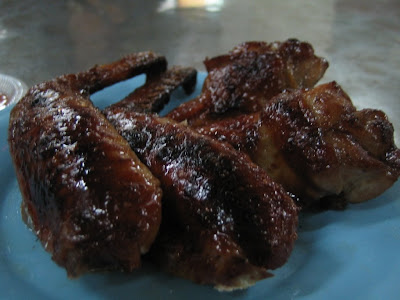 The much sought-after grilled chicken wings - smoky, smoky sweetness! Multiple rounds of these were ordered. 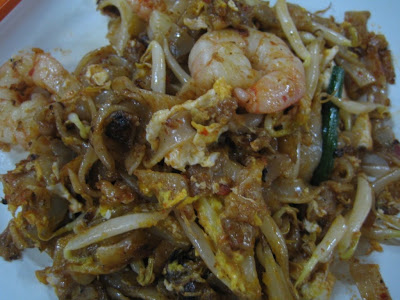 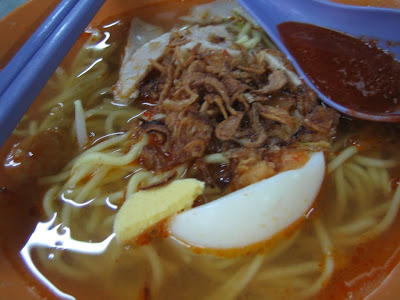 Hokkien Mee. I didn't taste this, but the soup looked a tad too clear for my liking.


The wait went on. More bottles were opened to soothe frayed, impatient nerves. 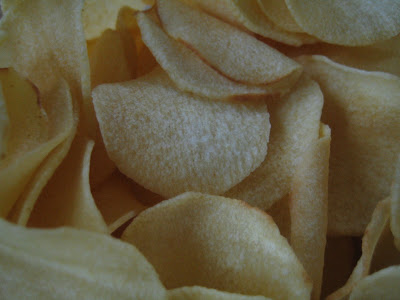 A camera-friendly uncle came by, hawking plastic containers of arrowroot chips, signalling the arrival of the rambunctious pre-CNY season. One container was purchased for RM18, finished with gusto paired with refreshing Tiger, having polished off the wine.

Still no sign of Uncle and that charming attitude. We were getting restless. And boisterous. Oysters are kinda shellfishy, so one plate of fried oysters appeared to help tide us over. 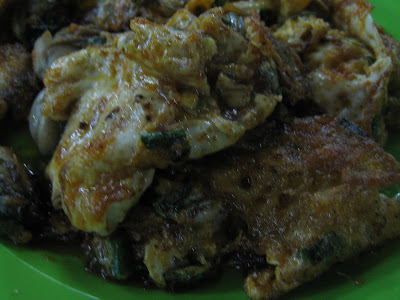 It barely helped. Oysters were aplenty enough but much too oily, eggs overfried and generally not what it was remembered to be.

Finally, the eminent fish griller swanned in at 10.45PM but wait, no hassling him while he takes his own sweet time setting up. Come 11.15PM, KJ meekly approached him to place his orders in the way that only KJ knew how. More waiting ensued. Finally... 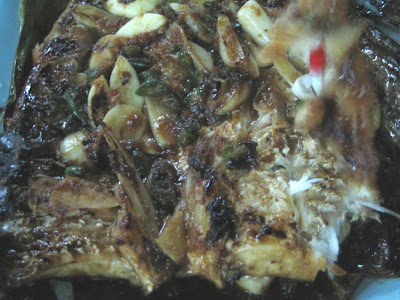 Grilled fish belly, begging the question, how can such a disagreeable demeanour produce something so tender and delicate? Silence fell over the table as this disappeared almost instantly. 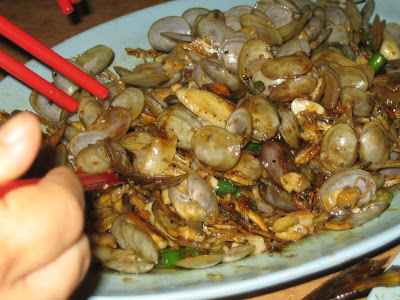 Stir-fried lala - the lalas were extremely malnourished but never mind, the heavenly coating rendered the shells good enough to swallow. 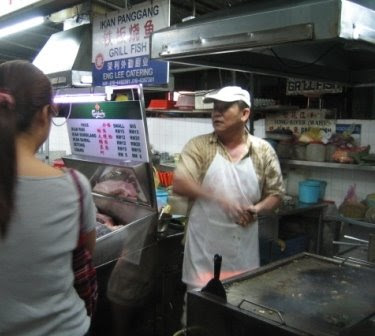 Someone mentioned grilled brinjals. KJ had asked for this earlier, only to be told there weren't any. Spurred on by Dutch courage, a group approached Uncle Attitude. A bellowing negotiation ensued, with the kind of chutzpah that would only apply in Hokkien, and it went something like this...

"We wondered if you have any brinjals?"
"NO! I told you I don't have any! Stop pestering me!"
"OK, in case you do have some, and you felt like preparing it later, please let us have some."
"I don't feel like it! I never feel like brinjals on weekends!"
"Right, in case you felt differently tonight..."
"If you want brinjals so badly, leave me alone and go on over to the mainland... you'll probably find some THERE!" 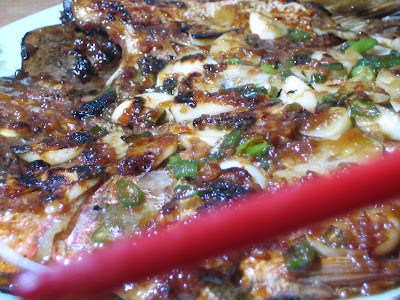 Defeated, we settled for an additional order of grilled fish. Same deal with the earlier belly, exquisite flavours beyond compare. 5 minutes tops, and the plate was empty.
Paying him proved to be just as big a challenge. Apparently, money isn't motivation enough for him to be nice. We asked to pay about three times, each time knocked back with a barked "I'm too busy right now!" Apparently, the story goes that he actually holds down three jobs - one as a fisherman, two as a fishmonger during the day and three, as grilled fish diva at Song River at night. Could explain the attitude, but seems to me he enjoys torturing the lot of grilled fish worshippers who remain unfazed by the ill-treatment.
Certainly a dining experience for the memory cards. Would love to return for the brinjals but I don't know if I could handle Uncle with as much aplomb minus the group.
Posted by minchow at 12:15 PM

I think I'm not the person who will order the grilled fish. Takut lor...

Haha! So tai sei leh this post! Very funny and I love reading it! :) btw, I am also scared.

I would ask uncle to grill his own balls with extra dose of cili padi!
Won't eat there.

LOL, great chef in Penang usually = lcly and moody ones. Yeah, put up his photo so we all know

Ooh, I would order the grilled fish if it is good. Great food creates Courage! Lol.

Little Inbox, tell me about it, I would rather just do the eating, def not the ordering! Happy New Year to you too!

Cariso, I wonder if he would ditch the attitude if we were NOT scared?? :-P

Allie, yeah, either PMS or menopausal ;-)

Mellie, haha, I guessed as much! But really, the grilled fish is out of this world man. It's like that CKT lady on Lrg Selamat... attitude to high heavens!

Vkeong, really not very pleasant in person, even though he looked harmless in the photo! Happy New Year to you too!

LFB, yes, fight own demons (and Uncle's) in pursuit of good fish!

The famous Ipoh Curry in Ipoh (Hugh Low St. - old name) near the police station use to tell customers, who complain about the long waiting time, "If you can't wait you can leave."

i can't stand him and never want to order from him anymore although i must admit the food is good!!! haha ..

i'm pretty sure the uncle's car kena scratched before...hahaha! the things we do for the love of food! haha!

but me digs those chicken wings. yummy stuff! and stil rmbr there's a roti babi stall there, right?

that's one thing I dont like about the chef like that... I wonder why they still have biz. should boycott

Worldwindows, on one hand I don't know if I ought to condone this kind of behaviour, but on the other... dang, the fish is good!

Nic, Happy New Year to you too! Car scratches... he's almost asking for it with that attitude, don't you think!

J2Kfm, the chicken wings AND roti babi are divine! And best part is, nice polite uncle & auntie at the helm!

NKOTB, I think they're bound to lose out in the end, even if they serve food for the gods. People just don't need to take that kind of sh*t!

sure you can handle him. if not, ask your whole gang of friends to go with u. haha.

Wow, such arrogance! If he doesnt care for the money, then i wonder why he bothers to have this biz?! Or he just enjoys antagonising his customers?? I may not have the patience for this, no matter how good his food is!

Allenooi, without a doubt, I'm not going to tempt my aggressive button and go alone!

Pure Glutton, I think it's some kinda game to him... I bark, you eat!

Great tale of Brinjals and Uncle with Attitude, made me gufffawww... laugh all the way here in Abu Dhabi :-)