Hai Onn made it to the top of my to-eat list during my last Penang trip, after repeated reminders from the island quarters of its nostalgic charm, the way real old Penang used to be before it too became all about colossal malls and grotesque "beautification" projects. 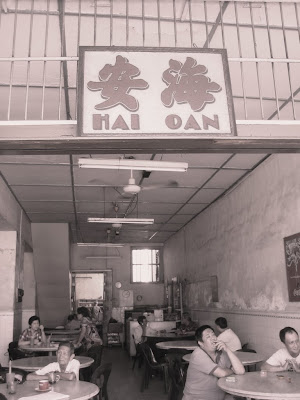 We had been warned that service here was notoriously slow, on account of the kitchen & floor team of largely octogenarians, whose pace of life remained staunchly pre-war. 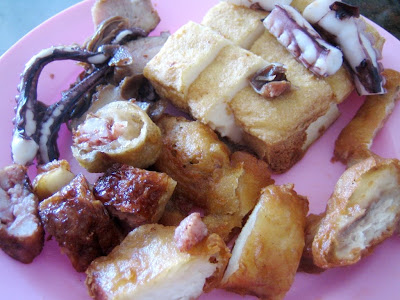 We arrived just a little after noon, hoping to beat the lunch crowd and hopefully keep the waiting time to under an hour. While we waited for the white-haired auntie to shuffle slowly to the back of the kitchen to shout out our orders, the resident Lor Bak stall, already fired up, kept the anxiety & hunger pangs away. The fried tofu cubes were remarkably silky and palatable. A very well-prepared plate of goodies. 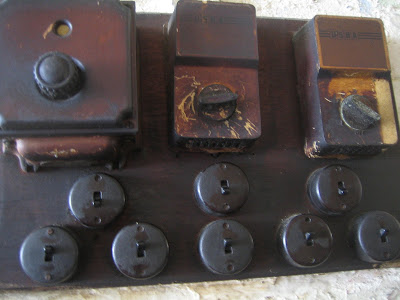 To evade Mom's questions about my current love life at the table, I went around checking out the vintage nooks and crannies around the shop. Fittings like these historical electric switches practically commanded a kind of reverential salute. 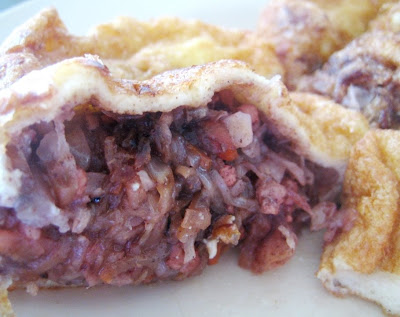 After about 30 minutes, the Roti Babi arrived. Hai Onn's version was the real deal, packed full of the turnip-carrot-shrooms-and-pork filling heavily accented by five spice. None of the halal sort that you would find at Senior Citizens' or Chinese Recreation Club, the other two places in Penang that immediately came to mind. 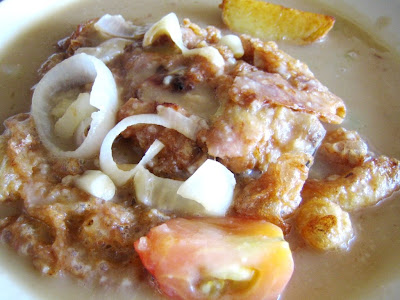 Shortly after, the Chicken Chop arrived, the crunchy egg batter languishing in simmering gravy. The sight of this excited me to no end, but to be perfectly honest, the taste hardly justified the wait or the anticipation. This was rather colourless as a dish, the gravy plain starchy and paltry. 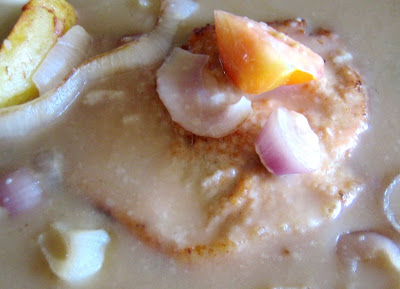 Same deal with the Pork Chop which featured tough, overcooked, underseasoned pork tenderloin and same monotonous gravy. We discussed our disappointment later and figured that the simple taste of yesteryears probably got hopelessly lost on our spoilt and over-fostered tastebuds, much like the haphazard development blueprints for the island. Either that or the octogenarians are losing it! 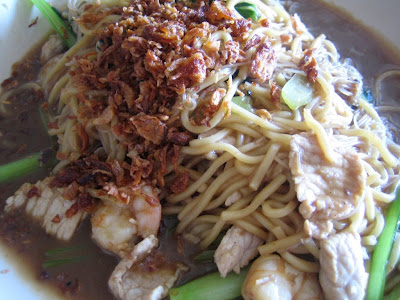 The Hokkien Char looked handsome, but again tasted as dull as hospital food. Struggled to finish this and eventually gave up. 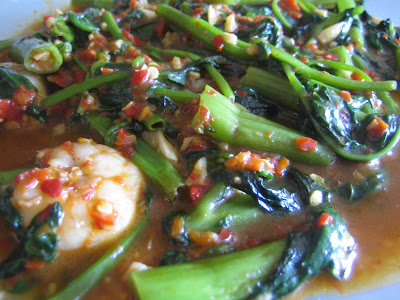 The Sambal Kangkung was the only dish that arrived with too much flavouring. In fact, it was wayyyy too spicy and salty that it ended up a nice pairing to the weak noodles.
Despite being a generally mediocre meal, I was glad to have paid a visit. I hope it sticks around for generations to come, if only to remind Penang what potential it once had, as the rest of the island sinks into utter disrepair playing catch-up.
Posted by minchow at 10:00 AM

hmmm, reminiscent of yut kee...
mom's so easily deterred, huh. nvm, chinese new year will be here soon enough, and there'll be plenty of opportunities then for those questions =)

I like the way you evade from your mother's queries... hahahahaha... good one.

So the quality has really gone down the drain? That's so sad.... :(

how ironic. I just wrote bout a Hainanese outlet in Taiping. your fav? :)
read much bout Hai Onn. i was expecting way, WAY better reviews.

Wondering why mom never ask me such questions? :P The reostat looks like it's seen better times ;)

love the sepia-ed shot! yar , i love the hainan pork chop crispy but soaked through in sauce - makes it really shiok;) yut kee! woohoo! (pork chop there a bit small and hard these days.. sigh)

Have not been there for a while. Will hop over to check out the quality of the food...

Not so satisfying meal?

So sad indeed. its all gonna be lost soon.
I agree it s hard to find a good hainanese Chic chop anymore nowadys.
But heck..that Roti Babi!! my.. *drools*
Bk in Pg 5-7thDec. Hope to catch this.

well, its very over beautifying for Hai On and also Yut Kee after a several tried.

Guest famous for the name but not the food?!

Sean, I haven't yet been to Yut Kee *shame shame* I will make amends during CNY no doubt!

NKOTB, yes, I thought I was smart but I got cornered in the end too! :-S

J, the question is not so much quality going down but our tastebuds having adjusted to something different. Either way, it's not a happy compromise :-(

J2Kfm, I think Yut Sun is in a different league. Or well, at least in my books anyway. I have memories of it from when I was a kid and I want to keep them that way.

Christine Leng, roti babi FTW! This was really GOOD roti babi, I have to say.

Boo, you can't be needing evasion methods! C'mon, unless you're a single 30 something with no substantial progress updates, there is no need to employ similar methods, haha!!

UnkaLeong, not necessarily better times? I think when they were relevant, the island wasn't in such a mess?

Ciki, this Yut Kee talk is getting me really gatal lah. I saw the recent posts on other blogs about the weekend roast pork. Surely that is redemption?

Duckie, THIS is senior citizen shop? Not the Sr citizen outlet in Pulau Tikus? Although I hear that's being moved out soon too :-(

TNG, wait I think I might be making a trip back that wkend too! Penang Pig-out meet up??

Kampungboycitygal, yes I think it's as close as it gets. I need to get to this Yut Kee place!

Little Inbox, it was satisfying in its historical context but on modern spoilt tastebuds.. probably not... :-(

I have to say, the Roti Babi here looks loads better than the one I had at Yut Kee, which was rather lacklustre sadly...

The roti babi looks so desirable. Love life and then having children once married and ... mother's love!

info about hotels and travelling

it had been a while since our last visit, seems like the quality had drop a lot...

We visit this place on most of the Sunday's after church service, not for the Hainanese food but for the Koay Teow Th'ng.

We had the similar experience with the chicken and pork chops. Roti babi was standard.

From what we learnt from the owner, there aren't many Hainanese eateries left. Many are just superficially Hainanese but serves mainly Cantonese or other types of dishes.