For fine dim sum in Penang, we tend to stick close to the tried-and-tested Forum at Island Plaza. And on occasions where we dare venture to new places, we pay dearly, often finding that when it comes to the ultimate har gao, Forum, nothing compares 2U! This outing to Zhong Hua, the Chinese restaurant at Cititel Penang reinforces exactly that.
Cititel Penang also houses the legendary Kirishima, so we were expecting similar standards at its Chinese counterpart. Sadly, as they say, expectations beget disappointment. Now, it wasn't AWFUL but it just wasn't good either. 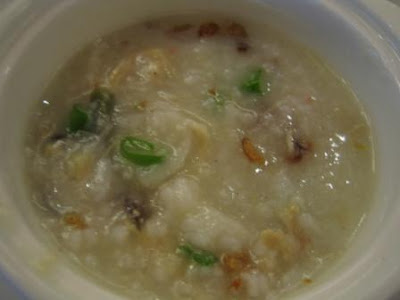 Century egg & pork porridge (pei tan chuk) - my dim sum litmus test. This came lukewarm, and half- hearted. It appeared as if the chef started out with the best of intentions, to turn this into a silky smooth concoction but gave up halfway and decided, "screw it, let them eat my half-congee, and to prove that I really don't care, I'll serve it cold!!" 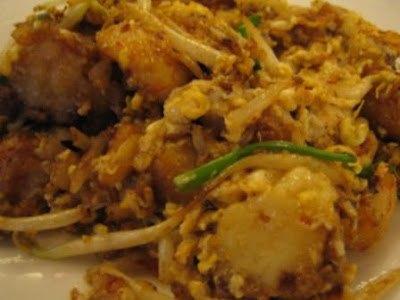 Fried radish cake - this was presentable, but entirely due to the amount of oil that overwhelmed the yawn-inducing radish cake. Grease, like greed, is good. 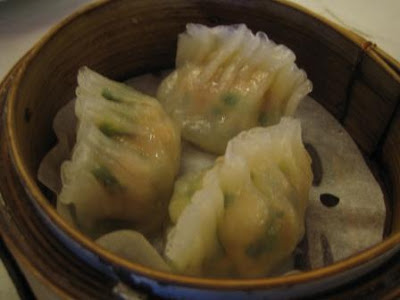 Teowchew dumpling (chiu chao fan gor) - no effort here whatsoever to emulate the traditional recipe of its namesake. The filling was essentially a doughy pork meatball with some token greens, not the loose mixture of peanuts, minced meat and chives that it's supposed to be. Fail! 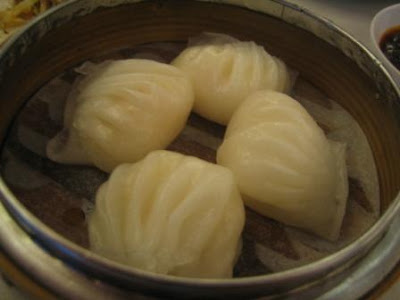 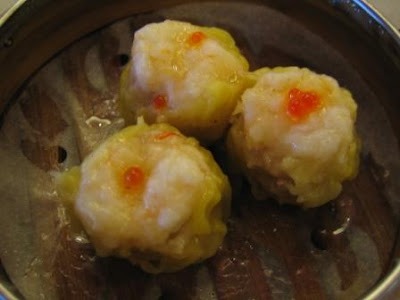 Pork dumpling (Siu Mai). This picture says it all, don't you think? 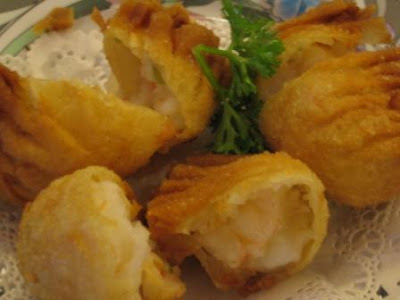 Fried prawn dumpling. Again, skin as thick as my sole. All the pretty paper doiles and framed photographs of MCA eminence dining here in a thousand shades of batik can't conceal the fact that this is only as good as the next economy kopitiam dim sum's. 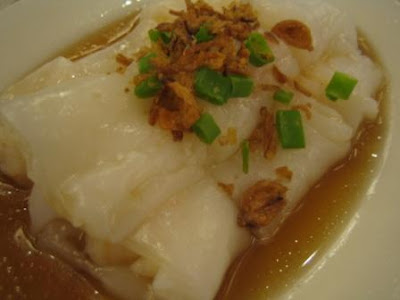 Chee Cheong Fun (steamed rice rolls with prawns). Probably the worst of the lot. It was over-steamed to the point that the rice roll disintegrated as soon as it made contact with chopsticks. Ideal for the tooth-deprived, or those recovering from a nasty dental surgery. 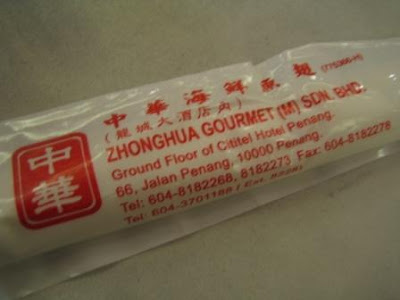 In case this post has somehow tempted you to pay a visit... maybe the chef just had a bad day.
Posted by minchow at 9:56 AM

I heard that most people going is because it has 50% discount for XX card holder?!

lawl, your post makes me really scared... but then again i've to say good dim sum place in penang are getting less and less

Its been quite a while since my last visit...too bad to hear about yr outing. Hopefully they will take steps to improve.

aiyooo.. it's surprising that Pg has no good dim sum...but i agree tat the dim sum at the Forum is good..mayb nx time i tk u to the one i had at Butterworth..

It's been many years I did not try their dim sum. Used to be ok. lol

me thinks the one at Anson Rd and the Tai Tung or something which opens at night only, somewhere near Kimberley St are OK.

Cariso, no idea about the card, but they can't be going back for the quality, that's for sure!

Jun Lee, yeah, remember when Shang Palace was decent, as was the other place opposite Methodist Girls School... yonks ago. What happened?

CK Lam, it doesn't seem to be stopping all the MCA bigwigs dining there... maybe they're tasting something I'm not :-P

Nomad Gourmand, ooh Butterworth! I think I need to make that trip, coz I'm hearing more and more about the great eats there.

Food Paradise, I remember being there some years back and not being THIS disappointed.

J2Kfm, yup the Anson Road one is pretty much the gold standard for economy dimsum.

How much for a basket ar? I found that Penang's dim sum standards is really bad if compared to KL.. I hate to admit this but this is the honest brutal truth :(

For an extra RM1 on each basket, which is from RM3 to RM3.50, you get nice, bigger and fuller dim sum with fresh ingredients here in KL.. definitely worth it.

BBO, ooh, Macalister Road? I think I've heard about that too...very crowded in the mornings.