The Church of Japanese Curry, Cocoichi

Barely two weeks of work into the year, I am already struggling to remember things that took place in December. All that drinking (which persists "because it's still January and if you even think about starting resolutions before Chinese New Year, you're just passive-aggressive setting yourself up for failure") is probably counter-productive but then again, since when did January and productivity make any sense together?
I wanted to make sure I documented at least this meal, our first stop fresh off the plane, to the church of Japanese curry, Cocoichi. I have been in love with Cocoichi for a long, long time. 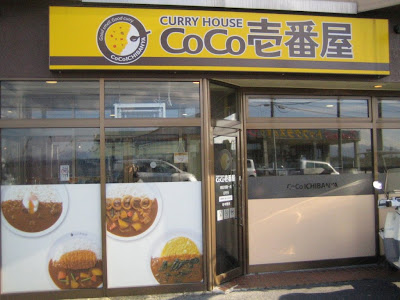 Cocoichi is practically everywhere in the Kansai region. It is THAT well-loved. In freezing December temperature, the heat that the curries here pack makes even more sense. 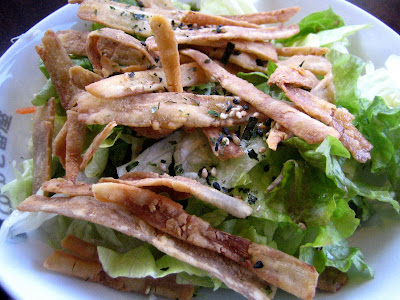 They were featuring some nifty winter specials when we visited. We had the very delightful Gobo salad (burdock root chips). The root's subtle earthy flavour did nicely when sliced and fried to a bewitching crunch. 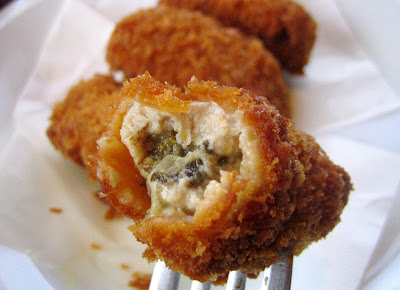 Also on the seasonal menu were these seductive beauties. Kaki furai (deep-fried oysters), courtesy of oyster harvesting season across various regions in Japan. Fat, slinky oysters captured and crumbed - these were gone in 10 seconds flat! 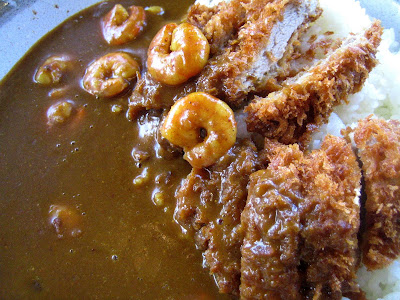 The main star curry finally arrived, glowing like the good red earth that bears the human race many fruit. My choice topping: Hire pork katsu and ebi curry, Spice level 4. Even though I've long held the aspiration to hit the max level of 10, I think 4's about the highest I'm ever going to go. Any higher and it would've killed my enjoyment of how the tenderness of the pork cutlet dissolved sublimely in the flaming stew. 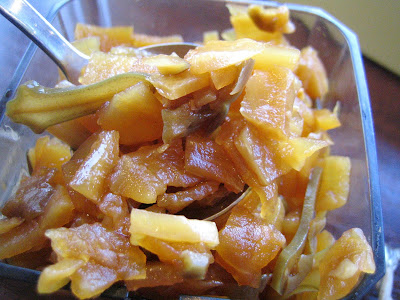 Pickles galore on each table, as much as you can stomach - absolutely essential pairing with your curry rice! 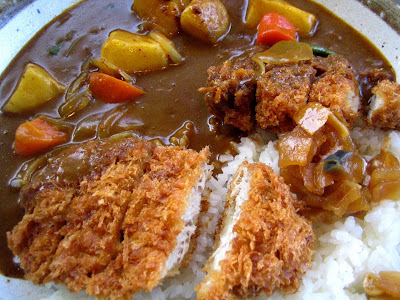 We all had the Hire Katsu on rice with different sides. Memo went for the vegetable curry on the side - not a tiny bit healthier!
The meal was one of the heaviest I had in a while and we had to abort any other plans we had lined up for our first day. No one minded one bit - first of many overeating milestones!
Posted by minchow at 7:40 PM

I'd give anything for that kaki furai now!! And that luscious pork katsu... *faints*

there's something magical and simple about japanese curries. When done right, it's heartwarming. But when it's bad, it's worse than 'em bad curry-flavoured instant noodles.

Glad you enjoyed yours.

oh my.. I m so goin to Jap tis year. Aiming for Mar/Apr. It is warm enough then?

when i saw the sign "curry house," my first thought was of kanna and all the other banana leaf outlets. this seems definitely preferable ... a meal where i wouldn't have to break a sweat! :D

Oh to have some fat juicy kakifurai right now!

Me toooo!! Lunch bell just sounded... I'm afraid I'll have to make do with something totally boring in comparison!

Qwazymonkey, yep have tasted some pretty crappy versions of it around. This one's the ultimate!

TNG, Mar/Apr's the best time to visit! Weather's just the right temp plus it's sakura season!

Sean, come to think of it, been a while since BLR. I think that'll fix my Japan withdrawal symptoms proper!

J, apparently someone who had tried 10 before said the curry arrived completely BLACK. And he got severely sick pretty much immediately after! :-S

Lyrical Lemongrass, there MUST be somewhere we can find these babies in KL! The hunt begins!

Joe, got!! Go to Akane in Hartams, tell the Jap lady you want it HOT HOT HOT! Guaranteed to send your nose running!

Those stuff are quite alien to us, and the names do not register. We will definitely need a crash course on what those things exactly are and how you enjoyed them

everything looks so good! the crumbed oysters *drools*

wah... all the food there very unique leh. Please bring me there next time. yummy.

wait ... and I thought Japanese curry is supposed to resemble stews, more than the fiery devil you mentioned?

BSG, not alien grub, I assure you! They are extremely easy on fussy Malaysian palates!

SC, yesss!! So huge and slithery and all coated in grease.. SIGHHHH

Steven Goh, not likely to be heading there in the near future, on account of my drastically reduced bank balance. Will keep you informed.

J2kfm, they do tend to be of heavier stew-like consistency, true. The pics may not do them justice but the curries were VERY substantial, not watery at all!