To most, Taiping is this quaint little sleepy town in middle Malaysia with lovely green lungs but to me, it is a romantic birthmark of sorts. 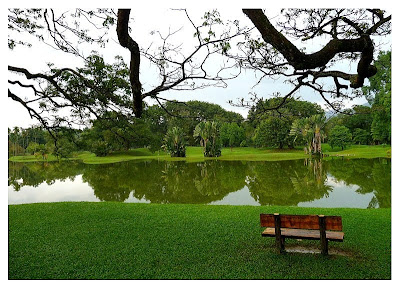 Source
My parents met, courted and fell in love here under trying circumstances and if their current seasoned-couple disposition is anything to go by, Taiping mined enduring love and passion, apart from tin in its heydays.

We chanced upon Taiping Ho Chiak when in the vicinity for the SS2 branch of Super Kitchen Pan Mee last year. 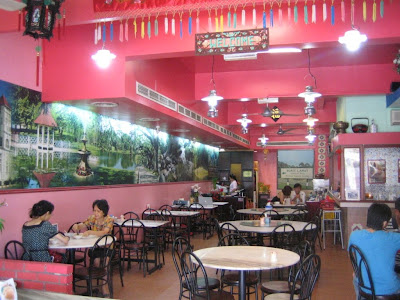 I had surrendered to the fact that you can't force an appetite when dogged by a nasty sick bug clogging up the respiratory system, until this ill-timed meal to which a kind and generous cavalier had whisked me away from a pounding work-addled weekend. We arrived around 2PM so the place was fairly empty. All the better. Wouldn't have been able to stomach crowds or queues, which were evident when we checked it out last year. 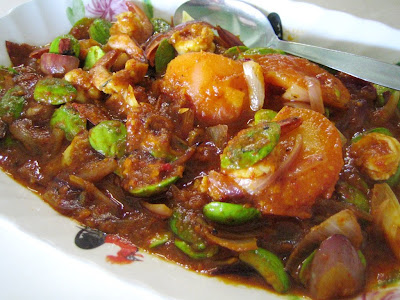 Got down to the business of ordering. First things first, Sambal Petai Prawn. The serving was larger than life and upon arrival, we looked at each other "uh-oh we're in trouble!" The stinking beans were abundant, laced in pungent sambal perfume that couldn't escape even nasal blockage. Forget durians, I could sleep in this stuff! 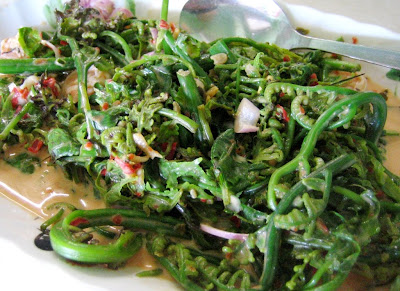 The Kerabu Paku was graciously green and crunchy - the love-or-hate cincalok flavour was mild, and I would've suspected the nasty bug at work again had he vetoed the presence of it altogether. 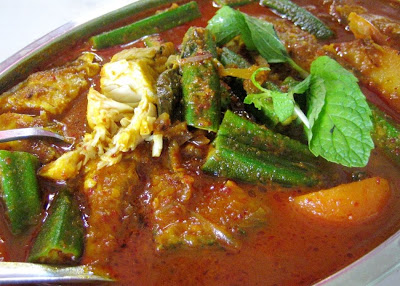 The Assam Fish arrived a staggering portion, increasing the panic in us of the collision ahead with unconsciousness. The gravy was caked with spices and flavour and even though the carb police in us called for back up, we couldn't resist ordering an extra serving of rice. 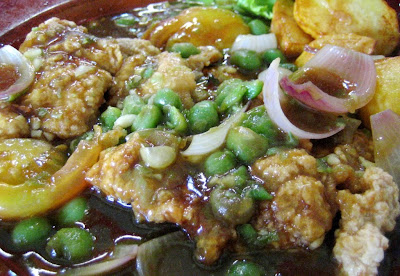 The Hainanese Pork Chop arrived last and thankfully, was not too daunting in size. The battered pork cutlet added metal to the meal but we cringed at the crippling use of MSG in the gravy. Not ordering this again. 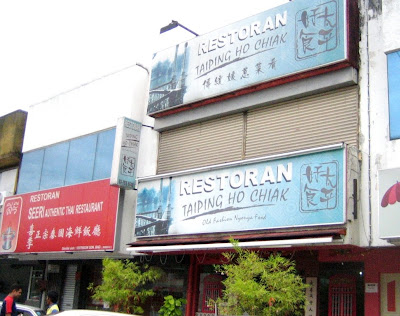 The bill came up to a square RM100 for two. And a sullen, sluggish afternoon to boot. The menu also features more sensible single portions of noodles and such, a better option if you're not planning to sleep off the rest of your weekend.

If romance is on the cards, I'd say Taiping the town would serve to invoke the tenderness of simplicity but failing that, the gallantry of the food here might work too.

Hey, I've always been meaning to try this place out, but like you the crowd keeps me away. Maybe i should do a late lunch too.

i've only been to taiping once ... a brief stopover while journeying to maxwell hill. thought it was nice, but .... y'know, fine to visit, but perhaps not to live in. perak does seem to have plenty of those types of towns...
is that what the folks in taiping enjoy eating though? it looks like the specialties from my own hometown, malacca! :D


i wanna go.. u better stop going to all these neat, places and not taking me.. uh huh, u better stop.. that's right.. :P

Qwazymonkey, tell me about it! I tried foolishly to enjoy assam and curry with green cucumber slices and it just ain't the same! Oh metabolism, work with me please!!

Sean, hey good point! My childhood trips to Taiping never saw ANY of these Nyonya dishes! Even though my maternal grandmother was Nyonya... think the creator of the menu had an identity crisis!

J, yes, isn't it pwetty? Reminds me, been too long since I've been to Taiping. I really hope it still looks like that!

Ciki, how can I bring you here? No alcohol la woman! That's just not on!! :-P

Same here, live nearby, drive pass tons of times but yet to step in!

Love, passion and former tin mines... What more can a pair of dovey birds want? :)

For once I kept wondering, where's this place in Taiping ... only to be sorely disappointed in the end. Aiks.

oh wow. i can't stop staring at the sambal petai. Y'know...everytime I see petai, I MUST have it. No matter what happens after that...meeting or date or whatever, I just gotta have it. I am weak that way.